You’ve decided to make the switch and now want to import Evernote to OneNote. How do you do it? It’s actually not too difficult. Microsoft makes an importer for Windows and Mac which walks you through it step by step. In this article we’ll show you how to import your Evernote notes to OneNote. But, before, let’s talk about the two programs, how they compare and why you might want to consider making the switch from Evernote to OneNote. (At least why I did.)

ClickUp is a slick, convenient note taking tool that brings everything together in one place.

OneNote is a program from Microsoft to help you keep your digital life organized. You can use it to store notes, lists, pictures, contacts and more. The possibilities are really endless.

Think of OneNote as a filing cabinet of the important things in your life. Sorted into hanging folders and then smaller folders can be your paperless billing statements, your address book, receipts, recipes, shopping lists, meeting notes, birthdays or anything else you want to keep and reference later.

Notes inside OneNote can be written on your OneNote phone app, computer app, clipped from the internet, added from email, saved from your pictures or camera, etc. Again, possibilities for creating notes are virtually endless. If you can imagine saving something in OneNote, you probably can!

With the drawing feature in OneNote (the new draw toolbar that also allows you to write comments in Word documents and other Office programs) you can even draw, highlight and write on your notes in OneNote.

Organize your notes in OneNote within notebooks and folders (these could also be compared to 3-ring binders and then sections within those binders and then papers within each section. The computer, tablet and phone apps are super easy and extremely user friendly. In fact, as you’ll read later, this was my main reason for switching from Evernote to OneNote.

One of the best parts about OneNote is how well it integrates with other Office programs. In fact, OneNote is included with Microsoft Office 365.

Evernote is similar to OneNote. Comparing Evernote vs OneNote is like comparing Pepsi to Coke. Both programs are designed to help keep you organized digitally but are made by different companies so have different features and a different user experience.

If you want more details, check out our article: What is Evernote?. Otherwise, let’s compare the main differences of OneNote vs. Evernote.

So, this type of program sounds like it could help keep you organized. But, should you use Evernote or OneNote? Here’s a quick summary of the two.

Why I’m Switching from Evernote to OneNote

In June 2016 Evernote changed their pricing plans so users on the free plan could only sync their data on 2 devices. So, if you’re like a lot of people who have a computer, tablet and smartphone…you’re out of luck. You can’t access your information across all those devices unless you pony up some money. Don’t get me wrong, it’s not a lot of money to upgrade… But, with the free alternative in OneNote and some of the other features below…it was enough to push me to OneNote.

User experience (UX) is something that’s hard to quantify. It’s the look, feel and organization of an app or program. I like the structure of the notes in OneNote. It just makes sense to me. But, to someone else it may not. It’s purely a matter of personal preference and how we like to organize our thoughts.

For example, Roland (who has a wealth of technical resources available online at RAWInfoPages) prefers Evernote:

Evernote is a bit simpler (I think it has been simplified too), and therefore easier to use. 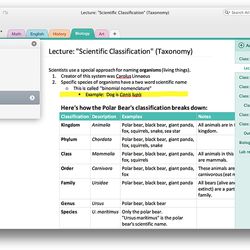 However, he still sees the value in OneNote’s ability to work seamlessly with other Microsoft products. If you’re a Mac user you might want to check out his OneNote for Mac tutorial here.

Some people like the organizational structure and use of tags by Evernote. Personally, I had a hard time finding my notes in the iPhone app. When I opened the app it would default to the most recent note. I would search for what I thought was a word in the title of the note I was looking for but it never seemed to come up. When I switched to OneNote I felt I could navigate through the notebooks and sections to quickly find the note I was looking for. Again, just personal preference.

Steve, over at Dotto Tech, does a nice comparison of the two programs summarizing:

Personally, if I had to recommend one, I would still go with Evernote, all things being equal. BUT if you are a Microsoft Surface user, or like using a pen-based system OneNote is your hands down choice.

How to Import Evernote to OneNote

Ok, so now I’ve decided to use OneNote. I’ve started using OneNote and am really happy with it. Does that mean I have to lose all my notes that I saved in Evernote? Absolutely not! I just have to import Evernote to OneNote! And…Microsoft makes this really easy to do. Let me show you how.

Evernote to OneNote in Windows

Here are the instructions for importing Evernote to OneNote in Windows:

That’s it! Now all your Evernote notes are in OneNote!

After I imported Evernote into OneNote I did a little cleaning up and moving notebooks around but I was happy I hadn’t lost all my notes from Evernote. And it was nice not having to look through two apps to find my notes!

Evernote to OneNote for Mac Users

That’s it! Thanks Microsoft for creating the easy Evernote to OneNote importer tools. And thank you for creating this tool that helps me keep (at least a little) of my digital life organized.

So, which software do you prefer? Or do you not use either? I’d love to hear what others think about the Evernote vs. OneNote debate. Leave a comment below.

Editor’s note 8/24/2016:
Please see Fixes or workarounds for recent issues in OneNote for Mac to help troubleshoot any issues installing or using the OneNote Importer for Mac.

Since last March, we have helped Windows users import 71 million Evernote pages to OneNote. Following the great feedback we received, we want to help even more people make the move. Today, we are launching the OneNote Importer tool for Mac. You may feel hesitant about moving all your notes from a place you know to a new online home. Don’t worry, the Importer tool makes moving day easy.

OneNote lets you work the way you want. You can get your ideas down in a range of ways that include typing, inking, embedding videos, recording audio or clipping web content. If you prefer to use paper and pen, you can even scan that content with OneNote to make it digital, searchable and available from your phone to your laptop. We’ve heard that many Evernote users rely heavily on their clipper. OneNote has a great clipper for all major browsers, available for free at OneNote.com/clipper. We upgrade it all the time, and you can read the OneNote July roundup for the latest updates.

OneNote lets you sync all your notes across all your devices—for free. It is part of the Office family and works seamlessly with Outlook, Word, Excel and PowerPoint to help you stay organized, collaborate and get more done. Following Evernote’s recent price changes—their Premium offer ($69.99/year) is now the same price as Office 365 Personal ($69.99/year). Office 365 gives you OneNote, plus all the Office apps you know and love that are always up to date, and 1 TB of cloud storage.

How to migrate your notes from Evernote

To get started migrating your Evernote notes to OneNote, you will need:

Watch this short video to see how easy it is to use the OneNote Importer tool:

Download the OneNote Importer tool and visit our Support page for more information and step-by-step instructions. And don’t forget to send us feedback and ask questions at OneNote UserVoice or tweet us at @msonenote. The OneNote team wants to do everything possible to help you feel confident about choosing to try OneNote.

Evernote Or Onenote For Mac Windows 10 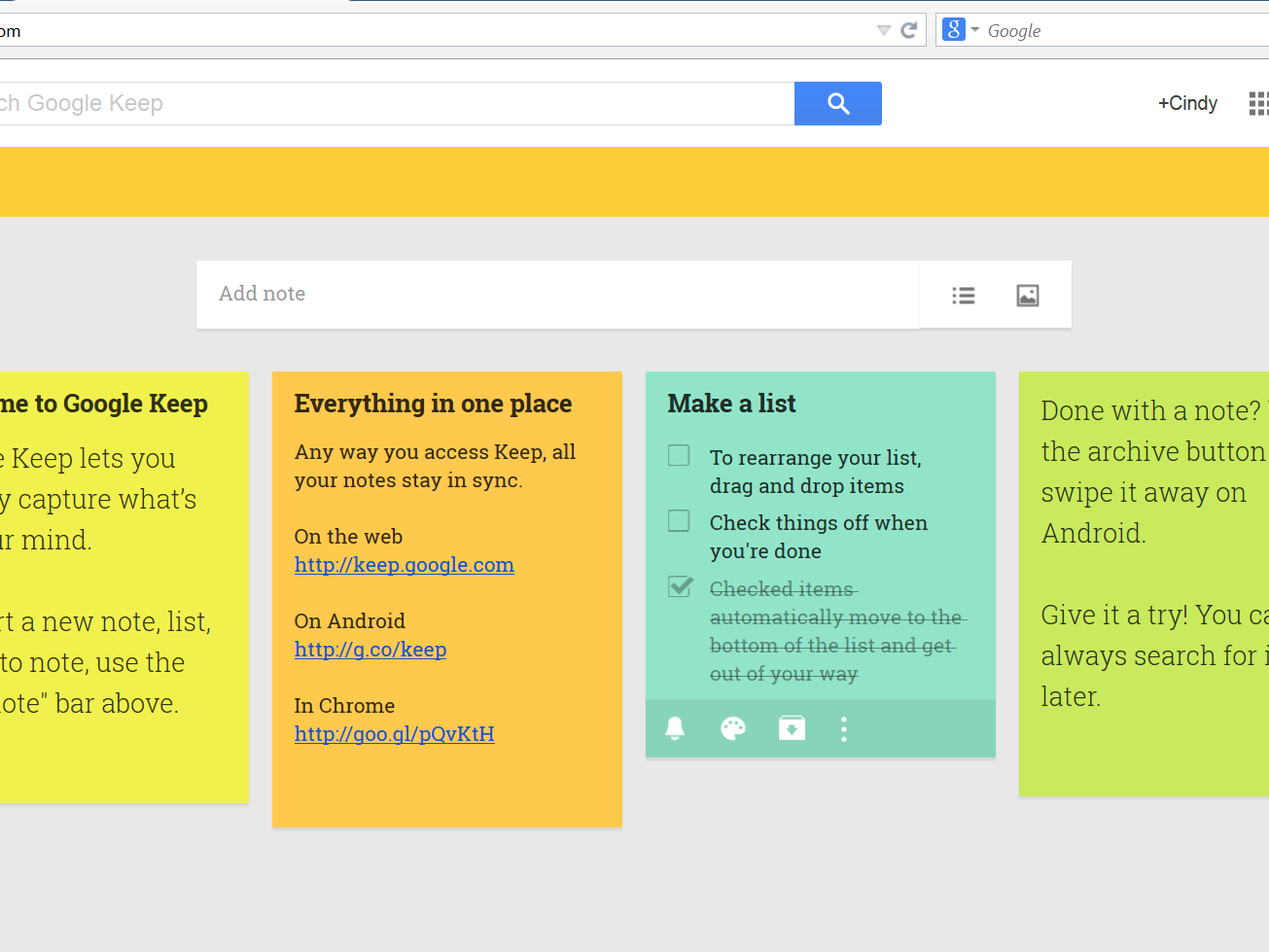